Fears Ukraine Crisis could trigger a gas shortage in Europe 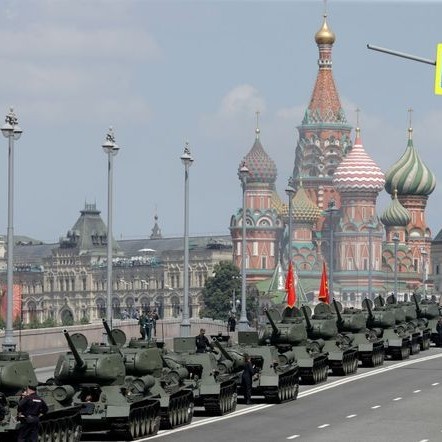 Tensions in Eastern Europe have reached their highest levels since the 2014 Crimean Crisis as Russia amasses troops near the Ukrainian border. The threat of a Russian invasion has raised concerns of a cut in Russian gas supply to Europe, as Western Powers warn of crippling economic sanctions on Russia's economy. Europe is suffering its worst energy crunch since the 1970s with stockpiles running low. Prices have more than doubled in the past six months as well. Russia supplies 40% of the gas supply to EU countries, but this varies between countries. Central and Eastern European states could suffer more if supply was restricted than Western states. This has prompted the EU and USA to look at alternative supplies.

According to a recent Reuters article, if all supply was cut by Russia, the EU would be required to take measures such as increasing imports of liquefied natural gas (LNG) and factory closures to avoid severe shortages. If there was no Russian gas from February, the EU could run out of gas by the end of March. The EU could look at other options to meet its demand which include firing up coal-fuelled power production, though this will not be the most environmentally friendly decision as CO2 emissions will increase. The other option will be for Germany to delay the closure of their nuclear power plants. An increase in LNG demand will result in the price soaring and impacting poorer country's ability to bid for LNG. The EU can also start-up terminals and unused pipeline capacity to cover some of the 1,7000 TWh of gas that comes from Russia. The level of replacement is uncertain however, because of global liquefaction capacity and suppliers existing contracts to send LNG cargoes to Asia although some of these could be diverted due to a relatively mild Winter there.

Another alternative to manage the potential gas crisis is by increasing supply from Qatar. Recently the USA held talks with Qatar to reroute additional gas to Europe if there is a supply shortage. Qatar is one of the largest producers of LNG and will be able to send more LNG cargoes to Europe as a short-term solution. However, it does not have as much spare supply as most volumes are contracted under long-term deals. Qatar has already contracted 97 Mtpa to buyers in Asia, Europe, Kuwait, and major energy companies. Europe's need for additional supplies, could lead to the EU committing to long-term LNG contracts with Doha, to avoid supply shocks in the future. The US itself has also been recently re-routing a record number of LNG cargoes to Europe in the last month, leveraging shale gas volumes and the UK has also recently received cargoes from Peru. With gas prices still strong at 180p/therm, even Libya has been put into the mix to supply Europe if the situation with Russia deteriorates such that supplies a materially disrupted.