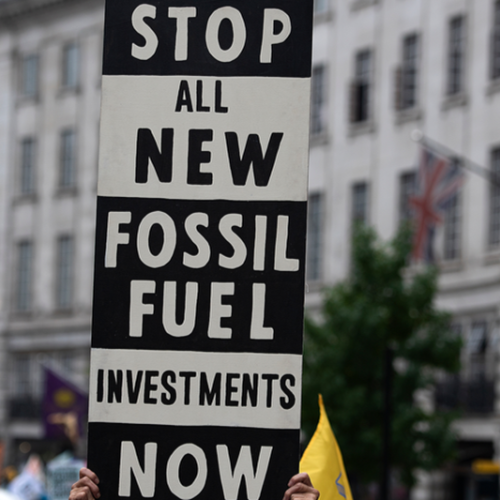 The oil and gas exploration and production industry and its continuing social licence to operate has come under significant scrutiny during the COVID-19 pandemic and in the run up and aftermath of COP26 in Glasgow. Never before have the names of hydrocarbon projects or their owners been so front and centre of people's consciousness. The recent unprecedented rise in gas prices and more recently also in oil, has been brought to the attention of the general public by the media creating a sharp focus on the role of oil and gas companies in a de-carbonising world and their continuing social licence to operate.

The oil and gas sector has long accepted the need to re-invent itself as an integrated energy and carbon storage industry as modelled in the North Sea Transition Deal. The requirement to reduce and then mitigate emissions whilst balancing energy security and affordability together with the pace at which this happens has recently put the sector into conflict with environmental groups who want to see the transition move faster and harder.

Of the 74 billion cubic metres of UK annual gas demand, approximately half comes from domestic production with the other 50% split approximately equally between pipeline imports through the Langeled (Norway), BBL (Netherlands) and IUK (Belgium) and LNG with supplies from traditional suppliers such as Qatar more recently being supplemented with increasing cargoes from as far away as Peru.
With domestic production generating about 50% of the carbon footprint of imported LNG and the net cost of oil and gas imports in 2019 running at £7bn, the chicken-and-egg situation is whether the oil and gas sector should set an example and halt incremental projects leading to increased imports, or seek to assist with meeting demand with lower emissions oil and gas whilst accelerating the technologies needed for de-carbonisation such as CCUS and providing a backup for intermittent and evolving renewables. Of course, this is predicated on the demand being there but given oil and gas meets over 75% of the UK's energy demand as well as providing fuel for transportation and feedstock for petrochemicals as well as heat and power, hydrocarbon demand is unlikely to drop faster than the natural decline in the basin. Until we know how we will source detergents, antifreeze, solvents, cosmetics, deodorants and the like or learn to live without, the reality is the choice is where hydrocarbons are sourced from, how clean and transparent are they and how quickly can the energy sector develop CCS technologies and potentially unlock hydrogen potential.

CCS provides the most likely technical and economically viable solution to unlock the energy trilemma. The UK has the storage capacity, demand and technology to make CCS work at scale but needs the players, infrastructure, data, expertise and the commercial framework to make it happen. The oil and gas sector provides the obvious players here to develop these new revenue streams through emissions mitigation whilst balancing the short and medium term energy demand needs.
During January, BP issued a contract to PGS for 3D seismic acquisition over the Endurance reservoir aiming to form the core of the Net Zero Teeside (NZT) and Zero Carbon Humber (ZCH) CCS projects. The large oil companies are driving the CCS agenda. Despite this around £2.3 billion of hydrocarbon assets left the hands of the large energy companies in the UK in 2021 most going to private equity companies.

Where the major oil and gas companies are leading the charge into new technologies such as CCUS which, according to the Oil and Gas Authority, could meet 60% of the required abatement needs, this comes at a cost with the Business, Energy and Industrial Strategy (BEIS) department estimating up to £16 billion of new energy technology spend by 2030. It is for this reason, the newer players in the UKCS are needed for the long-term transition. Where the large energy companies with vast research and technology capabilities lead, private equity with its vast financial firepower will follow. However, to do that, these companies need to have viable, sustainable business models now. The historic 5-year PE cycles of the past have been replaced with investors holding and building for longer and looking at life beyond hydrocarbons but in the short-term they will play an important role in limiting import dependence and maintaining key skills and infrastructure before themselves, following in the footsteps of the majors and larger E&Ps.

The legally binding target to meet net zero emissions by 2050 is unlikely to be met without gas being used and accepted as a transition fuel. Producing gas in a more efficient way by including electrification and other emission reducing operations plans which reduce flaring and venting remains a significant pathway to energy transition. Whilst success here has been pretty positive, the requirement for a significant step to build on the early CCS work remains critical to delivering a realisable, sustainable and commercially viable energy future.